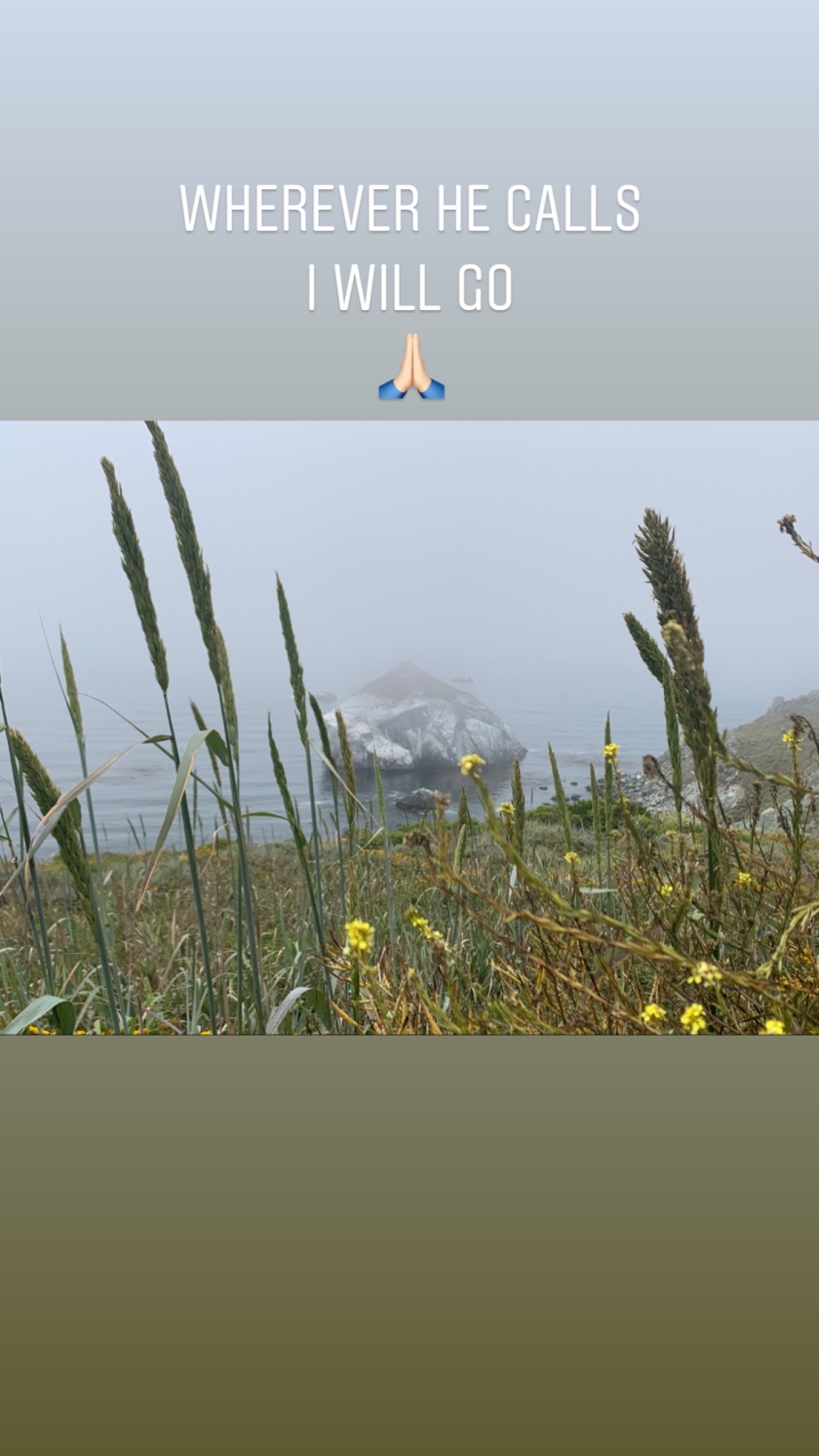 To say that I wanted a break and needed a getaway is dumb, because don’t we all? I mean if you did get one earlier in the summer don’t you kinda feel like you could already go for another one right about now?

It was a quick 3 day 2 night trip up the coast line with all of the potential for good times and straight up stress.

We left in such a hurry we didn’t even make travel plans. All we knew was God said “the coast line” and went for it in full confidence that that was where we where meant to be.

Setting up and making sure the truck tent worked was easy. But finding a place to use it proved more difficult then we would’ve ever imagined due to COVID-19.

Driving up the coast also didn’t fully go as planned either because it wasn’t till we where almost heading towards Fresno that we noticed we had been on the wrong freeway and going directly up and into CA instead of following the coast line, where we were supposed to be. To say we where confused and lost in emotional direction, as well as geographically, is an understatement.

Truck camping that night became a bust shortly after arriving to Pismo Beach. We had felt after doing some driving around and looking at different areas nothing seemed right. One place gave me a feeling of “Get out! Get out! Get out!” Eventually we ended up having to call any and all hotels in the area to see if one would take us with Loretta. Luckily there was one room open at a reasonable, wince, price.

The next day we awoke early enough to get on the road, after our hotel breakfast, as well as enjoy a mini vacation sleep in and headed up and off to Big Sur.

First though we stopped a little after Morro Bay to see the elephant seals. We heard about them at breakfast and Husband felt it was something truly worth showing me. And I loved it! Loretta’s little sniffer couldn’t handle all of the new smells!

I had never been up to Big Sur before and it was a pretty big bummer to get all the way out there and not even be able to get out of the car. Parking was madness and there was swarms of people all over the place just taking in the outdoors.

Camp grounds where full with “Don’t bother” signs up at the gates. Parking along the road sides was intense as well with people pulled over everywhere, but God saved us a spot. A perfect spot up the coast line right near the cliffs by the ocean so we could take Loretta for a pee and I could take some photos.

He knew what I would need. I just needed to be patient enough to get all the way up there. Just to see it. Just to see how incredible it really was.

We made it up to Monterey Bay and walked along the pier not realizing the amounts of people that would be there. We took the pee break and headed back up the mountain.

After heading back up and down to Pismo Beach we still didn’t know where to land. It was almost dark and we still where so unsure as to where to go. So instead of truck camping again we found another last minute hotel.

We would’ve stayed in the truck for the night but we knew Pismo was having strict enforcements on it at the moment because of COVID.

When we woke in the morning we made our way to coffee and decided to find a beach. On the way to coffee we saw everywhere we where supposed to be. Closer to the ocean then we where and all off the road truck and car camping outside a RV park right on the ocean. 😆 Tip: don’t search for parking in the night.

So again, after coffee we headed to a beach. The Husband’s mom suggested a dog beach for Loretta and she got to have her first play at the ocean. It was a beautiful overcast and uncrowded beach where we got to let her frolic and chase sea gulls. Needless to say one of the most memorable parts of the trip. She was just so happy it was contagious!

Closer to Malibu we started feeling crazy hungry. We attempted Jenis Ice Cream shop in Calabasses and it was closed. Moving further along we found a Lazy Dog Restaurant and seeing the packedness we opted to eat on the go. We parked in the back of the parking lot opened the truck bed and the three of us got to enjoy our burgers. If you know much about Lazy Dog they have pup friendly menu items and that made Loretta’s day!

And then all from there was just home bound! And a very delayed packing system when we got back. 😅

Needless to say, there was truly a lot that happened emotionally and mentally during this spur of the moment trip. The Lord took us in many directions we didn’t know what to do with or expect.l, and everything that was expected was thrown out the window.

And I can’t wait to do it again!

A cooking survival guide for those who don't know how

You can WIN it.

Inspiration to Make Every House a Fashionably Elegant Home